Curious to know the differences between spumante (sparkling wine) and prosecco? Terms common to us, but sometimes, improperly used. As Italy is a country particularly rich in the variety of wines and has the possibility of toasting and celebrating with prestigious excellences, let’s try to clarify the subject. Prosecco and spumante are not synonyms, even though their worlds are not so distant one from each other

Prosecco: all you need to know

If we want to be technical, it should be said that prosecco is a white wine DOC (Denominazione di Origine Controllata), or DOCG (Denominazione di Origine Controllata e Garantita). Prosecco DOC is a wine produced in a territory which includes five different provinces of Veneto and four of Friuli Venezia Giulia (Treviso, Venice, Vicenza, Padua, Belluno, Gorizia, Pordenone, Trieste and Udine). In both cases, there is a specific disciplinary which regulates the type of grape to be used, the production areas, the norms for vinification and also for labeling.


When we talk about sparkling wines, we refer to a real and proper category of wines. It is, in fact, wines which, when the bottle is opened, produce foam. Foam is produced by the presence of carbon dioxide which is produced by natural fermentation. It is therefore a gas not artificially added.

As explained in the article: “Brut sparkling wine: history, definition and classification” sparkling wine can be produced with the classic method, called champenoise, or with the Martinotti-Charmat method. In commerce there are many variants: dry, extra dry, brut (such as Fratelli Vogadori’s Spumante Brut) and extra brut.

The main characteristic of sparkling wines is the second fermentation. This is a phase called “froth setting“, during which added sugars are transformed into ethyl alcohol and carbon dioxide which, being trapped inside the bottle, form the typical bubbles. The second fermentation can take place in bottle (classic method) or in autoclave (Martinotti Charmat method). 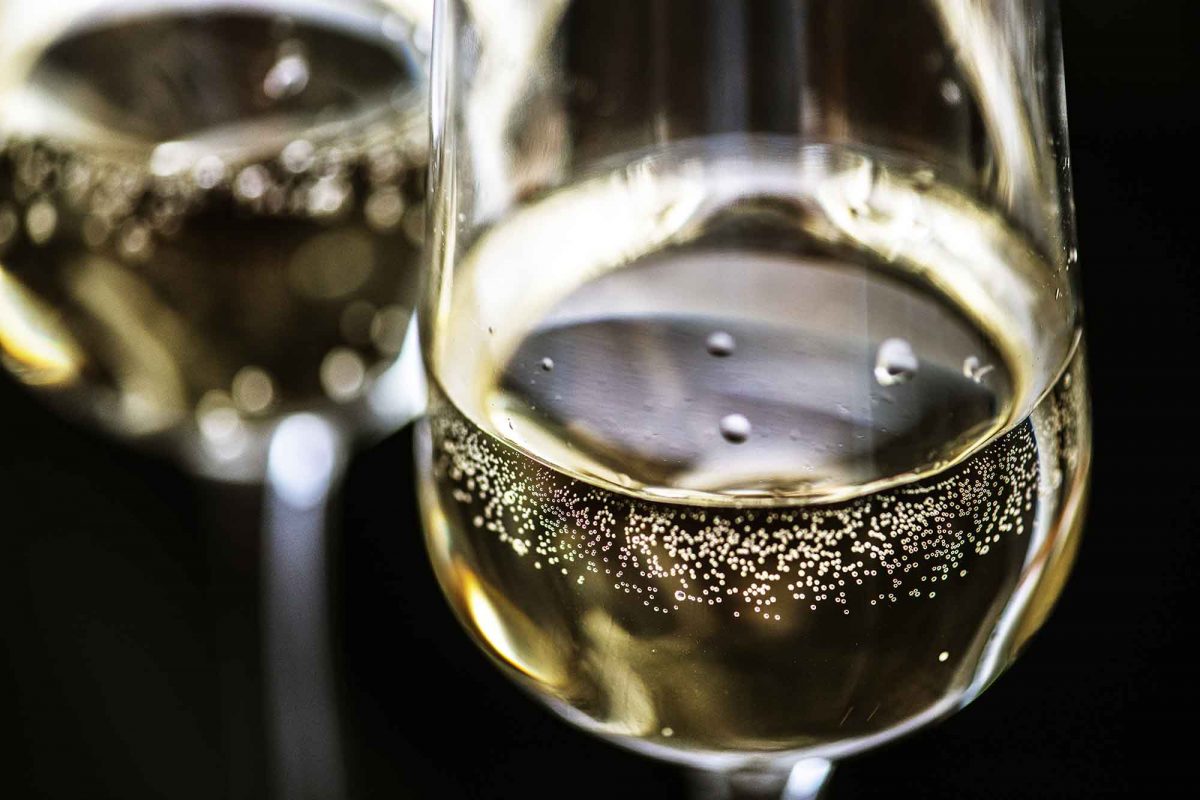 Differences between spumante and prosecco

So, what are the differences between spumante and prosecco?

First of all the production area. Spumante, as opposed to prosecco, being a white wine, can be produced in any area and by using any grape variety. Prosecco, on the other hand, can be produced only in some areas.

Another difference is the fermentation process. In general terms, wines are produced by means of a natural fermentation process which transforms sugars into alcohol and carbon dioxide. In case of sparkling wine, as opposed to prosecco, we have seen that a second fermentation is needed, either in bottle or in autoclave.

Even wine glasses to be used for serving and drinking prosecco and sparkling wine are different. Sparkling wine should be served in the classic flûte glass, having a pretty long shape and always 2/3 of the glass. Prosecco, instead, should be served and tasted in a glass which is halfway between a flûte and a cup. Wider than a flûte, but narrower than a cup. The result is a glass 22.2 centimeters high, wide at the opening 6.6 centimeters, whereas at the midpoint it widens to 7.7 centimeters. The idea of this glass came, 19 years ago, to Franco Adami, owner of a winery which cooperated with a famous Austrian glassware.

At this point, we can say that, for the toast of New Year’s Day, both solutions are good, prosecco or sparkling wine. In both cases we always talk about dry and brut, plus the many intermediate nuances. However it is not said prosecco is a real and proper sparkling wine. Prosecco, in fact, can also be found in the market in the version with less bubbles, that is simply sparkling. It is even possible to find it in a “still” version, also called tranquillo. Quiet is a perfect white to be served with appetizers and light first courses, it has a light straw yellow color and a very crisp taste, with strong fruity notes.

In order to conclude this short chapter about the differences between spumante and prosecco, we can say the terms are not synonymous, even though they can be matched, but not overlapped.