Sparkling wines (spumante wines) are classified according to their residual sugar. They are effervescent because of the carbon dioxide they contain and when the bottle is opened, they must have an overpressure not lower than 3.5 bar. This is true for quality sparkling wines, such as Fratelli Vogadori’s Brut sparkling wine uncorked at a standard room temperature of 20° C (68° F). The word Brut is French and literally means “raw, pure“. The indication is written in the labels of dry sparkling wines in order to identify them and distinguish them from sweet ones.

As we said, according to the residual sugar, there are three different types of sparkling wines:

Today we focus on the history and origin of brut sparkling (spumante brut) wine, a must for toasts, celebrations and ceremonies.

From Origins to Today

The history of sparkling wines is dated back to some writings of the Roman times which mention some wines with natural effervescence. However it is very likely Romans drank a must which was not yet real and proper wine. This is because, to all intents and purposes, Romans could not produce sparkling wine (spumante) yet. In order to make it, in fact, it is necessary to have an airtight container, such as a glass bottle, which can maintain an overpressure of six atmospheres at 20° C (68° F).

There are other traces of the production and consumption of brut sparkling wine in the seventeenth century in Italy and France. In our country the first brut sparkling wine produced was in 1865 thanks to the work of Gancia brothers and Count Augusto di Vistarino. In France, instead, the merit goes to Dom Pierre Pérignon, a French Christian monk, belonging to the Benedictine order.

With time the production of sparkling wine (spumante) has been improved and they have finally established many norms at European level which define its characteristics. Today the European Union defines sparkling wine as: “the product obtained from the first or second alcoholic fermentation” of fresh grapes, grape must and wine“. 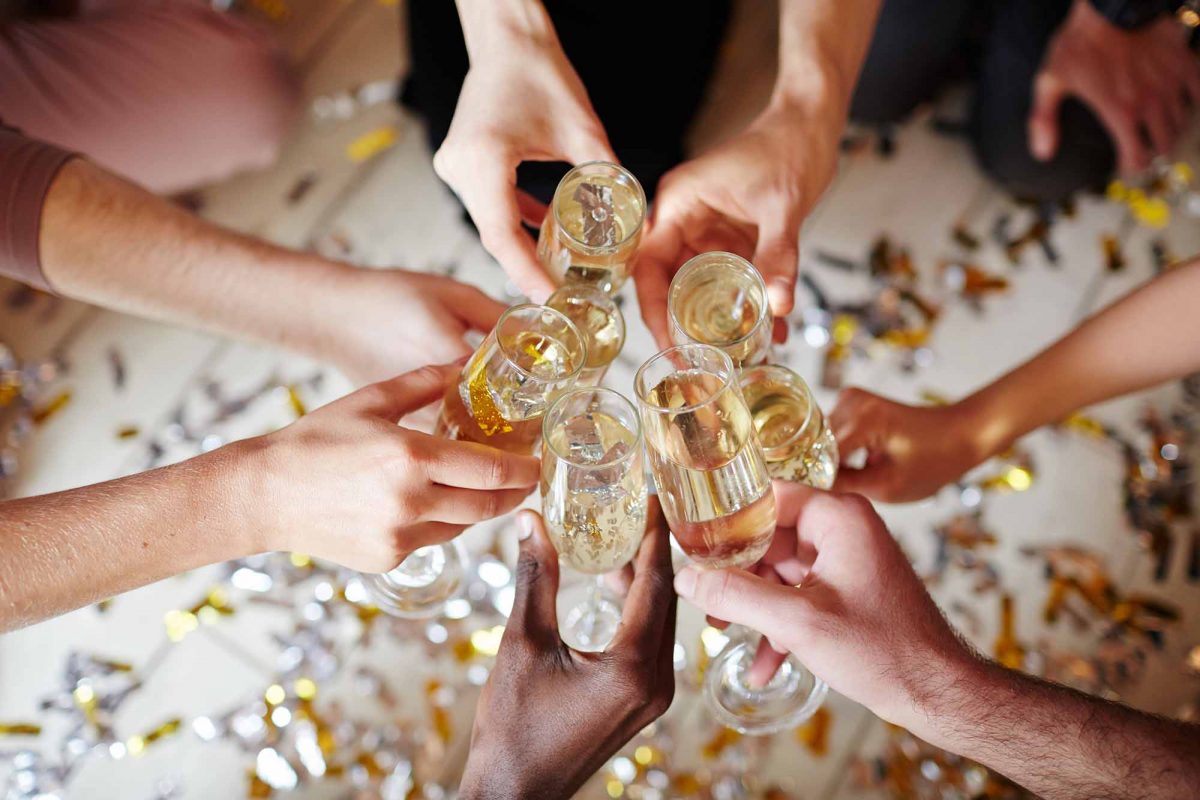 Sparkling wine is classified according to the residual sugars remaining after the phases of second fermentation and prise de mousse. A little specification about the prise de mousse (presa di spuma in italian). It consists in placing the bottles of brut sparkling wine horizontally in a dark and humid place at a temperature of 10-12° C (50-12° F). In this way yeasts will transform sugars and alcohol and carbon dioxide will develop.

In the production of brut sparkling wine is fundamental the phase of sparkling because it corresponds to the step during which the wine is transformed into sparkling wine.

This phase includes the fermentation of the wine for a second time, with a solution of natural sugars. These sugars are then metabolized by yeasts in order to become carbon dioxide and finally obtaining an overpressure of 3.5 bar. Carbon dioxide in the sparkling process is used in different ways according to the method used, which can be

What characterizes Brut sparkling wine in particular is the dosage of sugar. In fact, this is what defines its characteristics in terms of taste. It is always the balanced dosage of residual sugars that balances the taste of brut sparkling wine to the palate and makes it pleasing without making it seem too aggressive or too soft. It is, in the end, a perfect compromise between pleasantness and the dry mouth it must leave.

Just like for fine red wines (such as Amarone della Valpolicella or Recioto della Valpolicella) even Brut sparkling wine must be properly matched. Vogadori‘s product, for example, is perfect with seafood, such as mussels and clams sauteed in a pan, crustaceans or white meat sauteed in a pan, such as escalope of veal with artichokes or rabbit with herbs. Also excellent as an aperitif and conversation wine! An all-round sparkling wine which can and must be tasted alone, but it is also excellent as a bubbly wine for the whole meal.