When we talked about wine corks, we mentioned a phenomenon known as wine oxidation. Today we want to learn more about this subject, which is very dear to wine producers and to all consumers who want to learn how to keep their bottles in the best way possible. The phenomenon of oxidation takes place when a liquid comes into contact with air. When this happens, gases present in the air (oxygen, nitrogen, carbon dioxide and other gases) dissolve in the wine. The contact creates a sort of balance between the surface of the liquid and the air itself and generates a certain number of molecules inside and above the liquid. At this point the varo gases present in the air behave differently according to their nature.

Nitrogen, for example, being an inert gas does not react in any way with the substances dissolved in wine. As a consequence, this contact does not cause any modification or alteration to the wine itself. On the other hand, oxygen is very reactive and, when it comes into contact with wine, it generates many chemical reactions that can lead to the molecular transformation of the liquid.

Wine’s oxidation: the action of oxygen

Oxygen causes serious consequences to liquids, even to wine. Wine’s oxidations are unfortunately pretty frequent in case the product is not correctly sealed and properly stored. Oxidations are dangerous reactions because their effects cannot be controlled. Therefore it is better to avoid them completely. Wine producers usually do this by using, during the many phases of wine making, special additives which have the capacity of absorbing oxygen. Additives block the effects of oxygen.

The first substances to be oxidized, even before the organic ones, are sulfites (potassium metabisulfite). Once oxidized, they turn into sulfates, i.e. tasteless salts. Their excess takes the form of sulfur dioxide which is easily released by spontaneous evaporation. Levels of sulfur dioxide must be properly kept under control even during the bottling of wine. The maximum allowed limits of sulfur dioxide are 160mg/l for red wines and 210mg/l for white and rose wines. In general terms, however, most of the wines have values significantly lower than these figures. 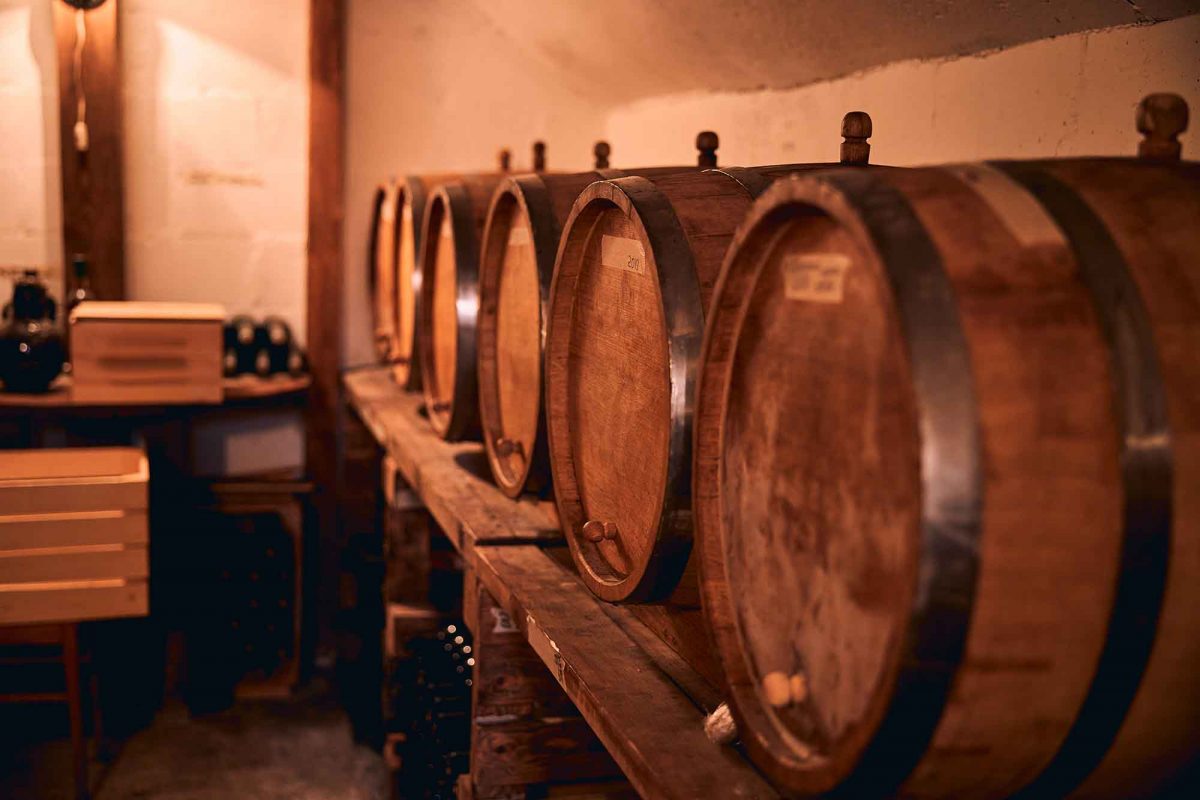 The ones who do not use additives in the production of wine, instead, try to limit the damages caused by wine oxidation, thanks to the use of full containers during wine making. It is also common practice to fill bottles as much as possible during the bottling process, in order not to leave space to oxygen.

How to Store Wine in order to Avoid Oxidation

When wine’s oxidization starts, oxygen combines with wine’s organic molecules and transforms them into different molecules. This change produces alterations at a visual and taste-olfactory level. White wine, for example, left to oxidize, will lose, first of all, its smell. Whereas an oxidized red wine will have its tannins polymerized, therefore resulting flat to the palate. A prolonged exposure to air also alters the color of wine. Whites become brownish in color, whereas reds tend to brick and then to orange. Moreover, even the taste will be affected by the alterations of wine’s molecules. This phenomenon is called maderization, from the name of the Portuguese wine, Madeira, in which the oxidation of wine is intentional.

The presence of oxygen also promotes the acescence of wine as acetobacteria operate in an aerobic environment. In order to keep wine at its best, corks are absolutely fundamental elements. When a bottle is corked, a certain quantity of air remains inside the bottle. This quantity is necessary in order to allow the corking process itself by compressing and allowing the insertion of the cork.

Unfortunately, in case the closure is not hermetic, or the cork is not perfectly intact, the wine will tend to evaporate. By evaporating, the liquid leaves space to oxygen which, by infiltrating in the bottle, starts the oxidation of the wine itself. Once oxidation starts, the process is absolutely irreversible and the wine is compromised.

Therefore it is of fundamental importance the proper keeping of wine, which we discussed in the article: “How to keep wine: tips and techniques for keeping bottles perfectly” where it was explained how to preserve wines from oxidation by taking into account many factors, such as: humidity, temperature, inclination of the bottle, light, vibrations and smells.