Wine and cuisine: a perfect match? Wine, in addition to being an accompaniment to delicious dishes, can become one of the main ingredients. Whether it is white, red, rosé or sparkling wine, each variety of wine can enrich dishes, giving an exceptional flavor. Why cook with wine? Because it enhances the flavor of the foods it is associated with (since ancient times). Reason why it is not recommended to use spoiled or even undrinkable wine in the kitchen: these defects will be transmitted in the dish that is being cooked. Similarly, it is better not to overdo it by using wines that are too fine, as many of its properties will be lost in the cooking phase.

Cooking with wine: a centuries-long history

Wine and cuisine: since when have they been a steady couple? Even the first to use wine for culinary purposes were Etruscans and Romans. These populations discovered that if the meat was immersed in wine, it could be kept longer. In practice, they began the practice of marinating meat. The wine was then used as a cooking base for the meat itself, to make a kind of braised meat.

In ancient times, wine and food pairing also continued in the vegetable department, where wine was used for the preparation of soups. Over the centuries, from the ancient Romans, through the Middle Ages to the present day, wine has continued to be used in the preparation of dishes. Its use is more and more refined with the passage of time and today it is used in a variety of dishes: from sauces, to meat, to fish, to risotto. The wine, much more fragrant than water, is used to complete the cooking of food and gives dishes stronger aromas and flavors. During cooking, the alcohol in the wine evaporates almost completely, so the calories of the wine will not add up to those of the dish.

Wine and cooking: which wine to use in which dishes? Nowadays, wine lends itself to many recipes, but the ones in which it is most used are risottos, braised meats, desserts and creams. So the question arises, how to choose the right wine for the dish you want to cook? First of all, it is good to remember that red wine tends to color the dish, so if we only have to blend white meats, it will be better to use a white wine.

In general, white wines are used to prepare: 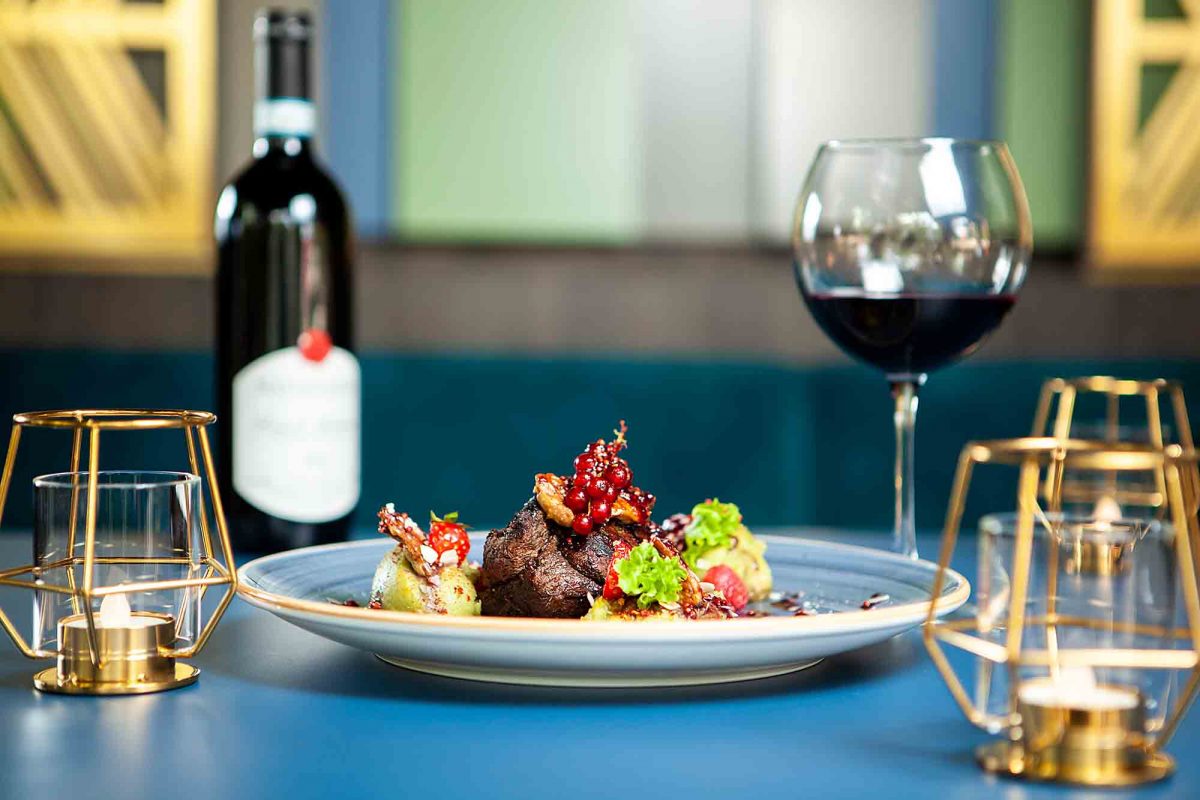 For these preparations it is better to prefer a slightly sweet white wine, as evaporation during cooking tends to concentrate the acids present. Red wines such as Amarone Forlago, on the other hand, are more suitable for red meats.

For the preparation of first courses it is possible to use both white and red wine, remembering that red wine will give color to the dish. For example, the use of wine in risottos is very frequent, used to blend at the beginning of cooking, or as a main ingredient (as in risotto with Amarone della Valpolicella Classico or risotto with Champagne). As for rosé wines, having transversal characteristics, they can be used in all preparations. Finally, sweet wines such as Rita Rosso Veronese are used above all in the preparation of desserts, fruit salads and creams, in which a percentage of wine is often added to the mixture. Some examples are the cantucci, the donuts, the chat.

In the kitchen, wine is mainly used to blend dishes, or to give a more decisive aroma to a preparation already in the cooking phase, as happens in risotto. Meat marinating involves letting the meat rest in wine for hours or even weeks, depending on the recipe. This allows the game to lose its “wild” taste and to soften. Red wines are ideal for this type of meat preparation, thanks to the presence of tannins, which improve their digestibility. In addition, the tannins of red wine, combining with the proteins of the meat, make it soften and flavor it in long cooking, such as that of braised meats.

If you want to drink wine to accompany a dish prepared with wine, the ideal choice falls on the wine used in cooking. Alternatively, it is good to choose wines with very similar characteristics to give continuity to the palate.