Aggiungi alla lista dei desideri
Rated 5.00 out of 5 based on 1 customer rating

Ruby-red wine with a vinous, distinctive, pleasant and delicate. The taste is dry, full bodied, fruity and harmonious. It goes well with all first and second courses. Excellent with white meats and fresh cheeses.

The grapes of Valpolicella Classico is given a month of drying to give more texture and taste to the wine.

The fermentation takes place in steel containers following the natural method in a dedicated room with controlled temperature. It is performed several times in the day to break the cap until it is finished the alcoholic fermentation.

Red garnet, characteristic scent (old style) with fine spiciness with clear references to fruity. In the mouth rightly acid but not fruity, dry and saggy in the middle palate. Very persistent.

The red wine Valpolicella Classico is a DOC (denomination of controlled origin) produced exclusively in the Valpolicella area. The foothills that runs from the Lessini mountains to almost the border with the province of Vicenza and which embraces some of the most beautiful and important municipalities in the area.

Vegetation, climate and physical and biological factors determine an environment with unparalleled characteristics and, consequently, the cultivation of very particular native vines and a fine and renowned wine. The Lessini Mountains, located north of Valpolicella, act as a protective shield to the valleys. To the south, Lake Garda and the exposure of the land are crucial for a mild climate, with little rain.

Aware of these specific climatic and pedological characteristics, the inhabitants of this area have, since ancient times, cultivated grapes and produced a quality wine. The ability to create different products starting from the same blends is therefore recognized and appreciated since ancient times. Different oenological products starting from the same vines or assemblages. The vinification methods are still mostly the traditional ones and give life to fresh wines, passito, or in the case of Recioto della Valpolicella, for example, to both.

The production area of ​​Valpolicella wines is quite large. Its subdivision is regulated by the production specification which divides it into three different parts:

The classic area includes the municipalities of Sant’Ambrogio di Valpolicella and San Pietro in Cariano as well as the three valleys of Fumane, Marano and Negrar and represents the oldest production area.

The one of Valpantena, on the other hand, is related to the valley of the same name. Finally, the last area, the DOC Valpolicella area, is identified in the municipalities of the Illasi, Tramigna and Mezzane valleys.

The production specification, in Article 2 specifies that a wine can be considered DOC Valpolicella if:

“Valpolicella” can be designated with the references “Classico” and “Valpantena”

“Valpolicella Superiore” refers to a higher alcohol content than required in the specification for normal wine.

It is always the production disciplinary that establishes the variety of blends with which to produce Valpolicella wines. The grapes must respond to certain characteristics and ampelographic composition (the most important diagnostic characteristics of a vine such as, for example, shoots, leaves, bunches, etc …).

In fact, the disciplinary establishes that the blends to be used must be:

“Up to a maximum of 25% of the grapes can contribute to the production of these wines coming from the vines:

– non-aromatic red berried grapes, admitted for cultivation in the province of Verona referred to in al National register of vine varieties approved by Ministerial Decree of 7 May 2004 (GU n. 242 of 14 October 2004) and subsequent updates (Annex 1), to a maximum extent of 15%, with a limit maximum of 10% for each single grape variety used;

– classified as autochthonous Italians pursuant to law no. 82/06, art. 2, red berried, admitted to cultivation for the Province of Verona listed in the approved national register of vine varieties with Ministerial Decree of 7 May 2004 (GU n.242 of 14 October 2004) and subsequent updates (annex 1), for the remaining quantity of 10% total “.

The Valpolicella Classico grapes are left to dry for about a month in special wooden boxes. During this period they acquire properties that will make the wine more structured and tasty.

The fermentation, on the other hand, is done in special steel containers, following the natural method, in a dedicated room with a controlled temperature.

During fermentation, a fairly thick layer of grape skins is created on the surface of the must. These are made up by the carbon dioxide produced by yeasts, which pushes them towards the surface. This layer is called “hat” and it is important and necessary that it be broken and turned over several times during the same day. In fact, this is what happens in the vinification of Valpolicella Classico. During the whole period of alcoholic fermentation, the cap is broken several times, in order to mix the must and the marc.

The Valpolicella Classico is presented as a wine with a deep garnet red color, with a typical aroma, with a fine spiciness and clear references to the fruity. In the mouth it is balanced, not sapid and with the right degree of acidity, dry and pleasant in the medium palate.

It is very persistent. It is very well served with white meat dishes, dry or aged cheeses. It is also pleasant in combination with red meat dishes, stews and grills. It is a very versatile product suitable for almost all occasions.

Show reviews in all languages (4) 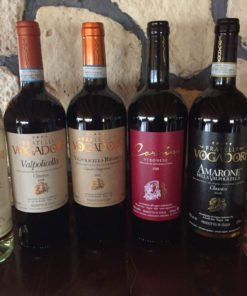 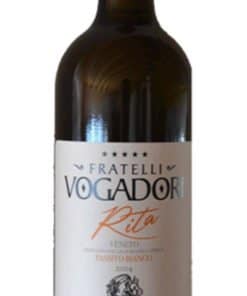 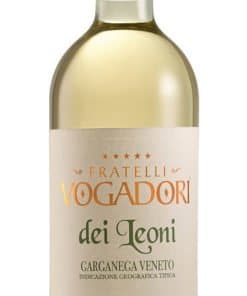 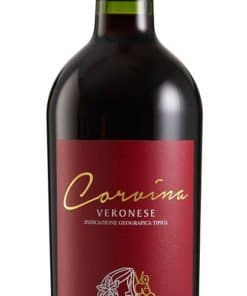