Amarone grappa is a distillate of marc (i.e. what remains of a grape, only the pulp is removed) made from grapes produced, vinified and distilled exclusively in Italy. Grappa is a very ancient alcoholic. There are three different types of pomace with which grappa can be distilled:

Fermented pomace is obtained from the racking of red wines (an operation through which the wine is removed from the lees after the fermentation procedure). The semi-virgin pomace instead is obtained in the vinification of rosé, or from the pomace of sweet wines. Finally, the virgin pomace is those obtained from the operation of draining in white vinification, which consists in the separation of the must from the solid parts, carried out by means of an instrument called a drainer. In the latter case, the marc does not undergo significant fermentation.

Since grappa is obtained only from fermented marc, virgin and semi-virgin grapes must therefore first undergo the fermentation process.

The term grappa is the exclusive prerogative of the Italian territory. Indeed, EU law has established that the name “grappa” is synonymous with a protected geographical indication of the member state of Italy only. It is therefore not a generic terminology, but it is in effect a protected denomination. No other country can use this designation.

The classification of grappa

A lot of pomace was fermented before reaching the first Amarone grappa. In fact, grappa is an alcoholic drink with very ancient origins. The first distillation methods date back to the 7th and 6th centuries BC. in Mesopotamia. Initially they were methods applied to the preparation of brandy (a distillate of must, not to be confused with grappa), but also the methodologies of distillation of marc have very, very remote historical origins.

Grappas can be distinguished on the basis of distilled pomace:

single-variety – obtained from a single variety of marc

Grappa is also classified according to the various processes and refinement following distillation. Grappas are classified as:

What mainly characterizes them is the method and the shelf life. Young grappa, for example, is stored in inert containers, such as glass and steel, until the moment of sale. The aromatic grappa instead derives from particular aromatic grapes, while the aged one is left to mature in wooden barrels for at least 12 months. The aged reserve, also called extra-aged, has an even longer maturation that lasts at least 18 months, always in wooden barrels. Finally, the flavored is obtained by adding natural flavors such as, for example, herbs, roots, or fruits.

Classifications can coexist. This means that a young grappa can be flavored at the same time.

Amarone grappa is a prestigious grappa and the fermentation of the pomace gives life to a unique product of its kind. In fact, grappa can be obtained from the various production phases:

Prestigious distillate has a transparent, almost crystalline color. It is bottled immediately after the fermentation of the marc and has a very strong structure and taste. The alcohol content reaches 43 °. Excellent alone, you can use it as a concealer in coffee.

Also known as Grappa Barrique, it is one of the most amazing white Amarone grappa aged two years in oak barrels. The barrique is a small wooden barrel with a capacity of between 225 and 228 liters, which is used for the refinement of white and red wines. Aging gives the grappa a golden color and a soft and round flavor.

The top Amarone grappa obtained from Forlago pomace. Only the best vintages are transformed into Forlago grappa aged for over six years in French oak barrels. A long and slow aging that makes it soft and round, a grappa for connoisseurs. 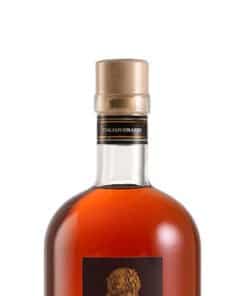